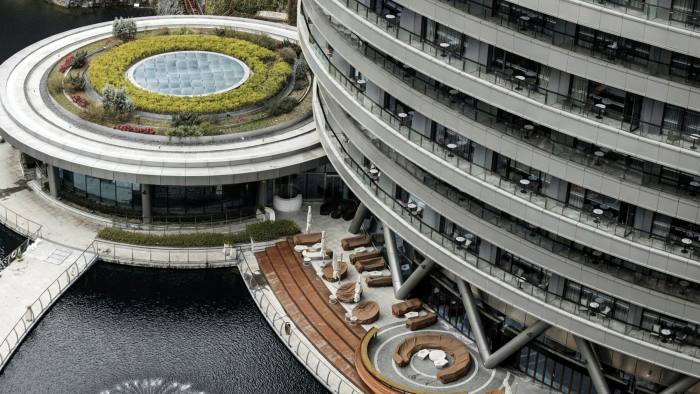 The InterContinental Shanghai Wonderland hotel was developed by Shimao Group, which defaulted on a $1bn bond last Sunday © Qilai Shen/Bloomberg

Hudson Lockett in Hong Kong and Edward White in Wellington

Chinese property developers face a $13bn wall of foreign currency bond payments in the second half of this year, as a mounting default tally darkens the market outlook.

China’s real estate sector has struggled to come to grips with slowing growth coupled with authorities’ efforts to rein in excess leverage. Waves of defaults have been triggered across the industry, unnerving fixed-income investors who frequently relied on developers’ offshore dollar bonds to deliver outsize returns during the era of ultra-low interest rates.

Real estate company Shimao Group’s default on a $1bn bond last Sunday has heightened concerns among bondholders with exposure to Chinese developers, who have long been a central driver of issuance in Asia’s high-yield dollar debt market. The Shimao bond had traded at just 12 cents on the dollar last week — pointing to high levels of financial distress — ahead of the payment deadline.

“It’s really just one after the other,” said one Asian fixed-income investor with experience trading Chinese developer debt. The investor added that most traders had stopped paying attention to yields and were instead looking at bonds’ dollar pricing — a switch that usually signals deep concerns or fears of imminent default.

“For the developers everybody thinks are still OK, it’s good if they’re in the high 60s or 70s,” the investor said, referring to the bonds’ value in terms of cents on the dollar. “Otherwise, you’re below 40.”

Data from Dealogic show about $13.3bn in dollar bond payments across more than 60 property groups will come due before the end of 2022, equivalent to 13 per cent of the sector’s more than $100bn in outstanding obligations to international bondholders. The missed payment by Shimao, which has about $5.5bn in outstanding dollar debt, adds to a growing list of embattled developers, including Sunac and China Evergrande, the latter of which faces more than $300bn in total onshore and offshore liabilities.

Foreign creditors are increasingly concerned that onshore investors will be privileged over foreign bondholders and have described debt restructuring at Evergrande and other developers as “opaque” and “ad hoc”.

One Hong Kong-based bond trader, who asked not to be named, said there were few buyers left in Asia’s high-yield market and that investors with exposure were having a “hard time” as developers’ debt obligations mounted.

“Since around June, there’s been a lot of selling from global funds,” the trader said, adding that “it’s a bit late to sell, to be honest”.

Many expect that most of the distressed developers will seek debt extensions, “which lenders tend to agree to”, the trader added. Investors, for example, declined to accelerate other Shimao bond payments when it failed to make good on its recent $1bn bond bill.

Victor Shih, professor of Chinese political economy at the University of California, San Diego, said pressure on Chinese property developers had been further compounded by the US Federal Reserve’s interest rate rises, which have boosted yields provided by ultra-safe US government debt.

“It’s one thing if people were buying Evergrande [bonds] and getting 20 per cent yield, maybe it is worth it to bear the risk,” he said. “Notes that were issued [by developers] offshore a few years ago with a yield of 3 or 4 per cent, you can get that with the US Treasuries now,” he added. 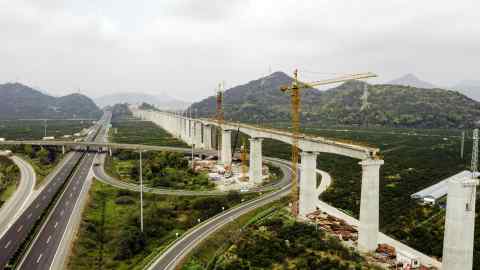 Xiaoxi Zhang, China finance analyst at research group Gavekal, said “most Chinese developers have been shut out of the market and other Chinese high-yield issuers have also seen surging refinancing costs”.

Despite lagging growth and rising defaults, few investors or analysts expected Beijing to launch a bailout for the cash-strapped property sector. At best, the Asian fixed-income investor said, “a few of these privately owned enterprises may live — and by live, I mean hop along on a crutch”.

Get alertsCopyright The Financial Times Limited 2022. All rights reserved.Reuse this content (opens in new window) CommentsJump to comments sectionPromoted Content Follow the topics in this article