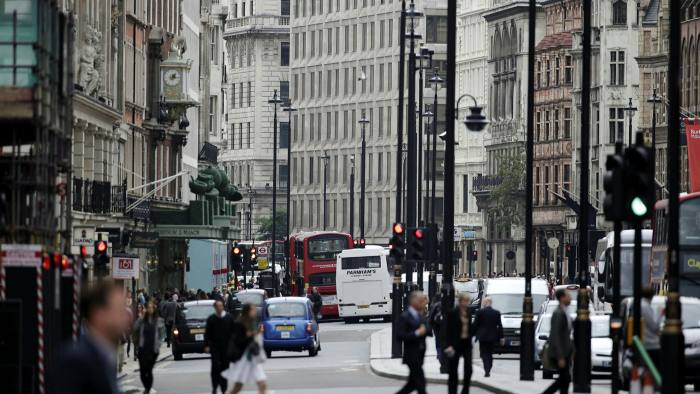 The FTSE 100 landlord said the valuation of its portfolio had risen by 2.9 per cent © Bloomberg

British Land gave the latest sign that the UK’s largest property companies are recovering from the pandemic as it reported an increase in the value of its portfolio of shops and offices.

The FTSE 100 landlord said on Wednesday that the valuation of its portfolio had risen by 2.9 per cent to £9.8bn in the six months to September 30, reversing some of the £1bn-plus writedown incurred as investors and valuers fretted about the future of offices and shops.

The company owns the Broadgate office campus in London, shopping malls across the country and a 53-acre development site in Canada Water, east London.

Its central London campuses, which account for around two-thirds of its portfolio by value and are predominately made up of workspace, rose in value by 2.8 per cent during the period.

The group announced on Wednesday that it would spend £100m on making its existing portfolio more energy efficient over the next eight years.

Workspace, an office landlord with a more than £2bn portfolio in London, also said on Wednesday that the worst pandemic effects were likely behind it as it reported that the value of its estate had fallen just 0.7 per cent in the six months to September 30.

“We’ve probably hit the bottom of [valuation] now, pricing has been beginning to pick up in the last quarter,” said Graham Clemett, the company’s chief executive.

Utilisation across the group’s estate had steadily picked up, he said, and had reached 55 per cent of pre-Covid levels.

“I’m on the cusp of being very positive about the world, but I’ve still got that lingering worry about Covid,” he added.

Denese Newton, an analyst at Stifel, said the results showed Workspace had “turned the corner” and she expected performance to continue to improve. But the scarring from the pandemic would not quickly fade, she warned, with rent levels unlikely to hit pre-Covid highs until beyond March 2023.

British Land also owns almost £2bn worth of retail parks, the value of which increased more than 7 per cent in the six month period. Retail parks, typically equipped with click and collect facilities, have benefited from the recent boom in online shopping, while British Land’s more traditional shopping centres fell in value by 4.2 per cent.

Shares in British Land and Workspace have risen 3 per cent over the past two days — boosted by better than expected results from Landsec, another big landlord with a large London office portfolio, on Tuesday.